On April 11th 2015 SHEO hosted a fundraising game between the Ottawa Police and Budweiser Red Lights at the Goulbourn Recreation Complex.

Learn more about the game. 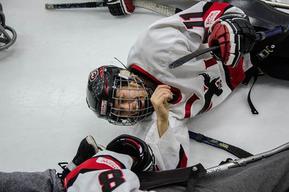 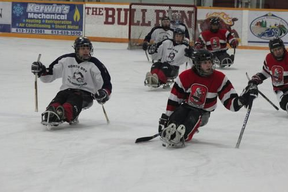 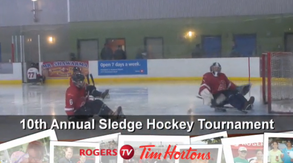 The Roger Community Cruiser was on-site for our 10th Annual Sledge Hockey Tournament.  Check out some of the the clips. 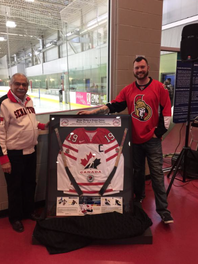 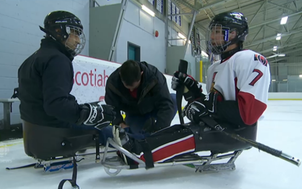 The Pembroke Daily Observer was on-site to see the Ottawa Barbarians face-off against the North Bay Icebreakers. 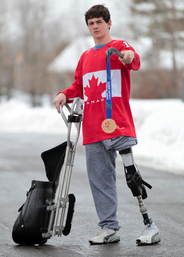 SHEO and national team member Marc Dorion took to the ice to give CBC's Omar Dabaghi-Pacheco a lesson in sledge hockey.

Check-out the full article with videos.

Local SHEO sledge hockey player Ben Delaney was featured in the Ottawa Sun after coming home with a bronze medal from the 2014 Sochi Paralympics.

Check out the full article.

2 of our local players Tyrone Henry and Marc Dorion took to CTV Morning Live to discuss their experiences with sledge hockey and compete at a national (Marc) and provincial (Tyrone) level.

Check out the whole video.

SHEO visited the Carleton University Ravens Women's Hockey Team to show them what sledge hockey was all about and and to give them a chance to try it out!

Read more about our visit. 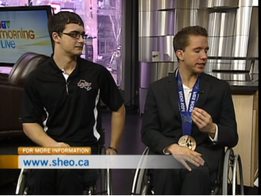